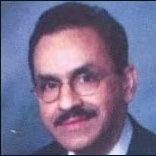 From the Desk of Dr PR Unni

First President of the Indian Medical Association of Northwest Indiana

The Indian Medical Association was formed in 1981 with only 20 physician as its founding members. Initially, the group of Indian doctors used to meet once a week with their families in the late 1970s, and the meetings were mainly social gatherings, including Gita recitals and bhajans, with the goal of exposing children to Indian culture.

Most of these meetings took place in the members’ homes in Crown Point and Valparaiso. At that time, a limited number of Indian physicians were part of Asian American Medical Association, which included physicians from other countries like China, the Philippines, Korea, the Middle East, and Thailand. However, given the growing number and unique cultural needs of Indian physicians, an idea was
increasingly gaining popularity: forming an Indian Medical Association, which would advance and protect the interests of the Indian physician community. Finally, a group of about 20 Indian physicians met in the White House restaurant in Valparaiso, and the
Indian Medical Association of Northwest Indiana was born. (Even though that restaurant is now closed, I proudly told guests in my inaugural presidential address that IMA was formed in the ‘White House’, jokingly referencing our nation’s capital). I was elected as
the first president of the newly-formed organization, with Dr.Vijay Dave as the president-elect. Since then, we have had almost 40 presidents lead the organization.

The objectives of the association were to promote Indian culture, improve communication and relationships among members, advocate for humanitarian causes, and foster goodwill with the local community through educational and cultural exchanges.

Over the next year, the recently conceived IMA grew to 33 members, and held its inaugural annual dinner meeting on May 21 st  1982 at Serbian Hall in Merrillville, Indiana. The annual meeting was attended by 420 guests, which were mostly our American colleagues and their spouses. Indian food was served From Khyber restaurant in Chicago, and the evening was complemented by excellent entertainment that was well-received by the guests, including a sitar performance, raas dance, bhangra dance, and Bharatanatyam performance.

IMA has been growing ever since. Now there are almost 400 active members, with many having held leadership positions locally and nationally, such as Chairman of Indiana’s licensing board, County Coroner, and President of the Indiana State Medical Association. Members of IMA are held in high esteem by the Northwest Indiana community.

Over the years, the organization has encouraged and promoted cultural advancement through a variety of educational and social initiatives. We firmly believe in giving back to the community, and routinely host outreach programs such as medical screening fairs,
continuing medical education programs, and physician volunteering opportunities. Moving forward, the Indian Medical Association hopes to build upon its legacy of supporting, educating, and engaging the community it serves, and strives to continue making an impact in Northwest Indiana and beyond.