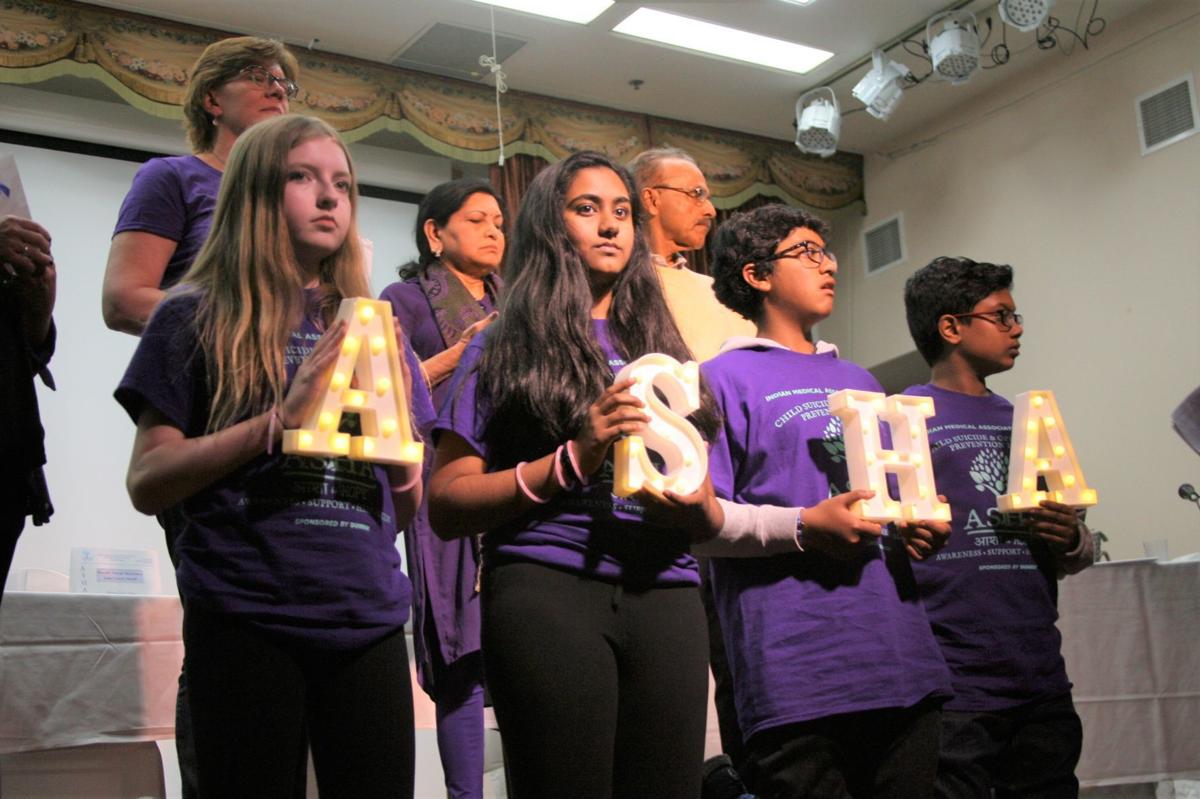 MERRILLVILLE — If Dr. Sudhish Chandra wanted his audience to leave the Indian Medical Association of Northwest Indiana’s Child Suicide and Opioid Crisis Prevention Fair with one message, it could be summed up in four letters — ASHA.

Asha is the Hindi word for hope, but the letters also stand for awareness, support, help and action.

Prior to a candlelight vigil Friday at the Indian American Cultural Center, four children holding those letters joined parents of suicide victims onstage. With lights out in the cultural center, participants held luminaries while observing a 30-second moment of silence.

The luminaries had a purple tinge, reflecting mental health awareness.

“This vigil makes us remember what we lost but never forgot,” Chandra, a neonatologist and IMA president, said. “If we all connect tonight, we can tackle this.”

The evening event brought together representatives from the medical, legal, mental health and legislative communities to address child suicide and opioid overdoses.

Noting that opioid abuse and suicide claim 130 lives daily, Chandra said, “Awareness is the key. This event hopes to spread education and bring resources closer to the community.”

Chandra said according to the Indiana Department of Health, 1,852 Hoosiers died from drug overdose in 2017, with about two-thirds of those fatalities due to opioids. Opioids are a class of drugs that include heroin, fentanyl and pain relievers such as oxycodone, hydrocodone and cocaine.